Joe Biden should name first ever All Female Cabinet

Joe Biden will choose a female running mate soon, and when he wins in November, we will have the country's first ever female Vice-President (and maybe four short years from the first female President). It's a choice that is long overdue, especially when it's the norm around the world, including less, ahem, progressive countries than ours.

I fully support and have advocated for decades that the United States needs more female political leaders. It just makes sense, even if we discount the idea that "the women are smarter." So, I've often told the female students in my classes and clubs that they should simply stop voting for men. Just start electing more women at every level. And, granted, I fully understand that beliefs and stances on the issues should drive the decision, first and foremost. No one should choose a candidate just because she's a women. For example, I would never vote for candidates like Michele Bachmann or Alexandria Ocasio-Cortez. And, for pretty much the same reasons. But there plenty of qualified and dynamic female legislators and executives, and when all things are equal, choose the woman.

To that end, Joe Biden should not stop at naming a female running mate: he should name an all female cabinet. And Biden should do so immediately, even before the election, at the same time he announces his VP. After the VP pick, he should release the list of his dream team with all the awesome women he's planning to invite to help him lead. Here are some of my picks: 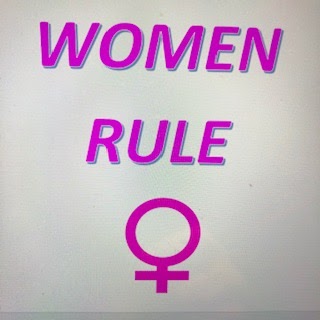 Reading your list, I'm reminded of the Godfather after he lets Johnny Fontane out of his office. But a couple of points:

Sec of Justice - Kamala Harris (CA): As worthless as she was as the AG of CA, she would be more worthless as the head of the federal DoJ. BTY, we don't have a "Secretary of Justice," we have an "Attorney General."