America Will Never Love Soccer – But This Might Help


Now that the Euro Cup is over, and England is reeling after the loss, not to mention all the hype that “football’s coming home,” and many American Gen X soccer fans still probably recall the story of “Soccer Made in Germany,” Americans can now go back to basically ignoring the world’s game for the next four years. Granted, watching Americans develop a crush on the “Beautiful Game” during events like the Euro Cup, the World Cup, and the Olympics is certainly gratifying for soccer fans. However, with the conclusion of any international championships, American viewership of soccer will begin to fade as fast as the Brazilian defense against Germany in the 2014 World Cup. While thousands of American fans always gather to watch the early games of the USA, interest is always bound to die off once the team is eliminated. In 2014, the semi-final match between Brazil and Germany garnered roughly 12 million US viewers, which is basically the same number who watched MLB’s All Star Game a week later. Even then, that’s a huge number compared to how many Americans regularly watch professional soccer in the United States. Realistically, Americans simply don’t love soccer, at least not the way the rest of the world does.

Without the draw of the best players in the world coming together for a once-every-four-years international event, Americans will not naturally shift their attention and enthusiasm to the United States’ version of professional futbol, Major League Soccer (MLS). Certainly, MLS has increased in popularity and significance in recent years, though it still suffers from low-status on the hierarchy of professional sports in the United States. Every year, some will argue that the World Cup was the tipping point, as America finally fell in love with soccer. There will, no doubt, be some increased interest in soccer, and attendance at MLS games will probably continue to rise. It’s TV ratings, though, that truly drives revenue and equates to popularity in pro sports, and in that area pro soccer is severely lacking. For that reason, pro soccer players average salaries of about $150,000, whereas the average salaries of the NHL’s pro hockey players are in the range of $2.5 million. There’s simply no comparison.

As Derek Thompson insightfully argues in The Atlantic, soccer will not maintain the hype of the World Cup any more than professional skiing or swimming or track and field do following the Olympics. Millions of fans tune in to watch athletes like Missy Franklin and Michael Phelps swim and Usain Bolt run and Shaun White snowboard during the Olympics. But those unique events do not create a larger regular fan base for swimming, track and field, or snowboarding as spectator sports. Heck, curling is hugely popular during the Olympics, but it is on no one’s radar until then. It’s the hype of an historic, international event that truly prompted many Americans who "never watch pro soccer" to tune in to World Cup games. For, while more American kids play soccer than any other sport, few youth soccer players turn into true pro soccer fans. Soccer is just not that popular in a country that has so much other sports entertainment.

However, it doesn’t have to be that way. Of the many reasons that Americans haven’t ever taken to the game en masse, a few aspects of soccer simply inhibit spectator interest. And, it’s not that soccer is simply boring or low scoring. There is arguably much more action in a soccer game than football or baseball, and Americans truly enjoy watching slow games like golf. How else would Tiger Woods have become so popular – and rich? And, baseball fans are as interested in a pitchers’ duel leading to a shutout or a no-hitter or a perfect game as they are in a Home Run Derby. Granted, FIFA, soccer’s international governing body, is never going to take advice from Americans about futbol. But that doesn’t mean that Americans and MLS can’t tweak the game a bit.

Here are a few simple rule changes that could alter America's feelings about soccer:

1. No off-sides penalty – Off-sides is the most useless penalty in soccer, and off-sides is a primary reason games are low scoring and "boring" to non-aficionados of soccer. Watching goals waved off because of this frivolous rule is truly disheartening during the Euro Cup, the World Cup, and the Olympics. Ending off-sides would lead to many more goals, not to mention exciting breakaways and one-on-one match-ups with the goalkeeper. Removing the off-sides threat would also require much more strategy on the part of defenses and coaches. Nothing would be lost by ending the off-sides penalty.

2. Injury Box – There is nothing more annoying to casual soccer fans than the “flopping” and writhing on the ground by players supposedly “injured” from phantom fouls. It’s become such a part of the culture that players will often give up a great opportunity to advance the ball simply to “take a dive” in hopes of a penalty shot. And the imposition of “injury time” which is only known by the ref is so frustrating. So, if a player goes down with an injury and stays down long enough for a stoppage in play, he must leave the field – and be subbed for – for a period of five minutes. The “injury box” would also allow for better evaluation of players with potential concussions and other serious injuries. In fact, it would mandate prudent medical practice. And players would never risk five minutes off the field just to “flop” in hopes of a penalty kick. Referees would also have the authority to stop play and send a player to the box to avoid injured players from worsening a true injury.

3. Continuous Subbing - The limit on substitution – a total of three in a full professional game – is another useless rule that doesn’t enhance the game. And, it’s not conducive with the game so many kids grow up playing where substitutions are quite regular. Intentionally tiring players out is boring and does nothing to elevate the quality of the game being played. Soccer needs regularly fresh players like hockey to keep the action at a higher level. Frequent subbing would lead to greater emphasis on strategy from coaches, and it would increase the energy “on the pitch.” Increased subbing also complements the “injury box” rule.

4. Sudden Death overtime – No game should end in a tie – ties violate the basic rules of competition. Ties are too socialist for Americans, and they remind us of our contempt for the self-esteem movement which implies there are no losers. And, remember how outraged American baseball fans were in 2002 when the All-Star Game ended in a tie. That literally led to a rule change in MLB. So, in the event of a tie, MLS teams should each remove a couple players from the pitch (the way the NHL does overtime), and the teams should play to a first goal victory. Fewer players will open up the field, and the “sudden death” pressure will significantly increase the offense and risk taking. 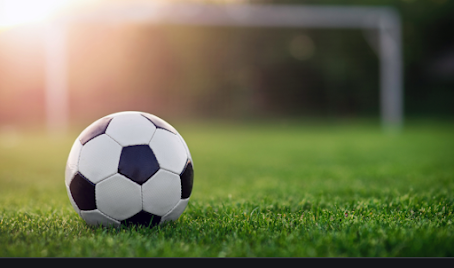