In 1972, via a statewide referendum, the people of Colorado rejected funding for the 1976 Olympic Games, becoming the only city ever awarded the games to turn down the chance to host. It wasn't a surprising move for anyone who knows the voters and taxpayers of the Rocky Mountain state, and knowing what we know now about the fiscal nightmare the Games can be for some cities and countries, it was in some ways a surprisingly prescient and prudent move.
Hosting the Olympic Games is an incredible honor and opportunity, but that benefit is overshadowed by the corrupt history of the bidding process at the International Olympic Committee and the potential for bloated budgets prior to the event followed by potential blight afterwards. But it doesn't have to be that way.
Instead, the international community should establish permanent locations for the Olympics, where all countries contribute to maintaining the sites as the premier athletic facilities in the world. Athens is the obvious choice for one permanent summer location. Salt Lake City or Lillehammer are good bets for the winter.
This idea is not new and has been thoroughly investigated and discussed for years by various contributors at the Wall Street Journal, the Atlantic, and others. Now, we need for our political and business leaders to take the discussion to the IOC and make it happen. With many future games already assigned and planned, there is plenty of time to develop and implement this logical change to the Games.
Should There Be a Permanent Site for the Olympics
What If the Olympics didn't Move Around?
Who Wants to Permanently Host the Olympics? 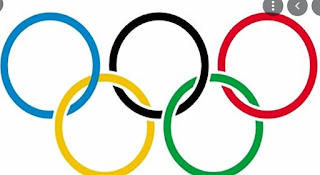