Bloomberg columnist Noah Smith apparently hit a nerve in the fragile ego of the Chinese government and state-run media last week when he published his piece "Taiwan is a Civilization." Following his profile on Taiwan, in which he argued Americans must become more aware of Taiwan, some member of the Chinese government's social media arm criticized him for praising Taiwan even though he's never been there. The fact that they took the time to criticize the post and tweet indicates just how seriously the People's Republic takes the Taiwan Question.
I'm appreciative of Smith's spotlight on Taiwan, formally known as The Republic of China on Taiwan, because this island nation needs attention from the world and deserves international recognition. While China becomes quite angry when anyone refers to Taiwan as a country, it is most definitely a distinct nation, state, culture, economy, and, yes, even a civilization. It is a thriving democratic republic of twenty-five million people with a vibrant economy of mixed-market capitalism, and while it is the primary investor in mainland China and a prominent trade partner and investor with practically everyone, it is also vulnerable to oppression, if not annihilation by the communist party across the Taiwan Strait.
I lived and worked in Taiwan for five wonderful years in the mid-1990s, and I have a deep appreciation for the island the Dutch called Formosa, or beautiful island, and the wonderful people who live there. Taiwan has never been a part of mainland China, and it has never been ruled by the Chinese Communist Party, a fact that has been assured by the United States' support of the island's autonomy according to the Taiwan Communiques. That agreement must never be compromised, and every new White House administration needs to be reminded of America's commitment and responsibility. I can still recall being in Taiwan during 1996, which was their first direct presidential election, as well as the first ever direct election of a national leader in any Chinese-speaking land, and I vividly recall the communist party's attempt to intimidate the Taiwanese voters and the world at large. China held military exercises in the air above Taiwan, firing missiles literally across the island and triggering air raid warnings on the streets of Taipei. It was an egregious affront to diplomacy.
At that time, the Clinton Administration parked two aircraft carriers at the north and south end of the Taiwan Strait, officially as observers but unofficially as a warning to China to not attempt the unimaginable. China officially warned the US to not enter the Strait. The US forces didn't budge and stared down the Communist military leaders. Ultimately, the election occurred, the Chinese stood down, the United States pulled back, and the region returned to its now-seventy-year-old status of detente. The Biden administration should take note of that time in history and use it as a guide for any ripple in the waters of the Taiwan Strait.
And, to Noah Smith's point, Americans should become as familiar with Taiwan as they are with Japan, South Korea, and the Philippines. And they should make sure their representatives are also aware and willing to support and defend the peaceful democratic society. And Americans should also consider visiting the beautiful island when the pandemic eases. It is a rich, exciting, welcoming, and intriguing place.
Thanks, Noah. 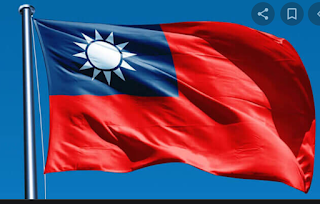