This year I have a new writing gig, doing a weekly column for The Villager, a small community weekly in southeast Denver. My pieces logically are from an educator's view, and much of the time I am shedding light on school and learning-based issues. Here's the text from my first piece earlier in the year.

Unpacking the Backpack - What’s Really Going on in Education

Our youth today love luxury. They have bad manners and contempt for authority. They disrespect their elders and love gossip and socializing instead of exercise. They no longer rise when adults enter the room. They challenge their parents, scarf their food, and tyrannize their teachers.

While you might think those comments were part of a recent NBC news special or an article in the New York Times, they have actually been attributed to Socrates in the fifth century, BC. We hear much criticism of young people and public education these days. Some pessimists and curmudgeons even argue both are in a state of ruin. I assert, however, such views are naive, and there is more to the story.

So, are schools failing or is public education still the great American success story? The answer, of course, is yes. For as long as we’ve had schools in the United States, we have provided high quality education among the best in the world to many students while at the same time failing to meet the basic educational needs of many others. And we have been criticizing and complaining about schools for just as long. It’s worth remembering Rudolph Flesch first published Why Johnny Can’t Read back in 1953. And, twenty years ago education researcher Diane Ravitch published Left Back: A Century of Failed School Reform. So much for our nostalgic views of the past when, like in Garrison Keillor’s tales from Lake Wobegon, “all the women are strong, all the men are good-looking, and all the children are above average."

I’ve been in school virtually my entire life, working for the past 28 years as an educator in public and private schools, both here and abroad, as a teacher and an administrator. I’m also 51 years old, making me part of Generation X, a product of our “failing school system.” We were the subject of the Department of Education’s 1983 report A Nation at Risk, which described a “rising tide of mediocrity” in schools, and warned that had the effects on our children been inflicted by an outside power, we would consider it an act of war.

By 1991 Time magazine declared us the Slacker generation, a bunch of losers living in our parents’ basement, playing video games, and amounting to nothing. However, while the nation fretted about our future, Gen X basically went out and invented the internet and tech economy with Marc Andreeson launching the first web browser, Sergi Brin and Larry Page opening access to resources with Google, Jimmy Wales democratizing information with Wikipedia, and Elon Musk revolutionizing online money transfers at PayPal, then building electric cars and rockets at Tesla and SpaceX. Clearly the demise of education and American society was greatly exaggerated.

Yet all is not well, as inequities persist, achievement gaps grow, and too many students fall behind. In 2018, NAEP reading scores stagnated or dropped, indicating many kids are not performing at grade level. Journalist Campbell Brown, who runs an education reform website called the 74 million, expressed outrage, as she should, that “half of our kids can’t read and do math at grade level.” The most troubling part of this news is the inequity, for the low scores can be accurately predicted by family income, zip code, and race. Clearly the egalitarian promise of the education system is not being fulfilled.

We continue to have national debates about what’s wrong with schools and how to fix them. I was just entering the profession in 2001 when George W. Bush and Ted Kennedy teamed up for the No Child Left Behind Act, which declared “all children would achieve at grade level by 2014.” It was quickly replaced in 2015 with the Every Child Succeeds Act. These titles, designed to imply legislators can fix systems with the flick of a pen, would seem to defy the law of averages.

However, for all the struggles, we can also assert the US is more educated than ever before with 90% of people 25 and over graduating high school. In the 1940s it was 24%. Additionally, approximately 70% of students now go onto college, whereas that number was closer to 5% in 1950, and disproportionately male and white.

It’s also worth noting many kids are learning more than ever before. For example, I took Algebra II and Trigonometry in eleventh grade, but many students now complete it by freshman year. Perhaps the most impressive development is Advanced Placement courses which are college classes taken in high school. In 2018, 1.25 million graduates took 4.2 million AP exams in 38 possible classes. As an AP English teacher, I know my students regularly produce the type of writing I didn’t achieve until graduate school.

Thus, clearly great things are happening in our schools, and we still have much work to do. Public education is still among the best in the world, yet we also fail to meet the needs of vast numbers of kids.

So, how do I feel about education? About students? About the future?

Hopeful. After all, I’m a teacher. 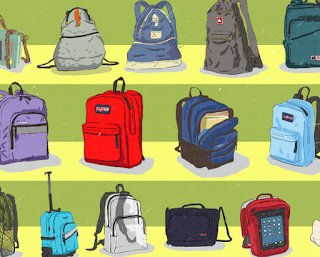