Restaurants plan to Replace Tipping with a 20% Service Charge

I approve of and support US restaurants eliminating a reliance on tipping and instead establishing a standard 20% service charge on all orders.

Because gratuity can only legally go to workers who come in direct contact with customers, restaurant owners now are using the “service charge” as a way to bump up pay for those who can’t share in tips, such as line cooks and dishwashers. In November, Padro and his partners introduced a 20% fee on customers’ bills, explaining to diners that the restaurants had switched to a “service-included” model.
“I think in the U.S. there’s this perception that the customer is in charge of their experience based on how much they tip,” Lee said. “In other parts of the world, I love the model where the price on the menu is the (true) price, and that’s all you pay. That’s what the pricing of a restaurant needs to be, but I know people have sticker shock … “It’s just funny to think that someone who would normally tip 20% sees 15% added to their bill (and gets upset),” he added. “If you’re complaining about 15%, you probably shouldn’t be eating out now.”
As someone who worked many years for $2.01/plus tips, I can tell you the system is quite flawed and outdated. The restaurant owners and industry associations are establishing the surcharge to bring overall checks in line with the true cost of the meal, something that tipping has enabled consumers to ignore for far too long. The tip is not a nicety or a gift you bestow upon the people who serve you -- it's part of the wage. The problem has long been paying servers less than minimum wage on the assumption that full compensation is made up through tips. But there is no guarantee of adequate tipping, and a paycheck should not be so arbitrary.
Now, with restaurants switching to service charges, customers are certainly free to continue tipping above the actual meal service cost, but this change will allow restaurants to survive and adequately compensate all staff: hosts, bussers, cooks, dishwashers, bartenders, and of course servers. And, of course, people are always free to not patronize stores they feel are now too expensive. I will support this change fully and am happy to make a daily choice on what I'm willing to pay for.
I'll take the approach of Steve Martin in the hilarious 90s film, My Blue Heaven -- "Hey, what can I say, I tip everybody." 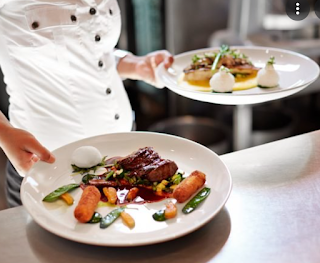