A few weeks I published a post about how Tucker Carlson is hurting America. The spirit of the post was disappointment, and the basic idea is that Carlson has not matured at all from earlier in his career when Jon Stewart embarrassed him on the CNN show Crossfire. He is a bright, well-educated, savvy, and influential speaker who could reach a huge audience with an informative news-related show that generates serious discussion and genuine debate. Instead he engages in sound-bite commentary with incredibly short segments that are designed to limit any deep or genuine discussion of issues. And he focuses on maintaining and often enflaming the preconceived beliefs and biases of his audience while he makes an incredibly large amount of money doing it.

However, Carlson is not the only problem voice on television. In addition to the shallow partisan infotainment from other commentary show hosts like Sean Hannity and Laura Ingraham for Fox News, commentators on CNN and MSNBC participate in the same biased soundbite commentary designed to appeal to Democrats.

Don Lemon is not helping anyone in America to become more fully informed on important political and social issues, for he offers an incredibly limited show every night that repeats the same mantras, slogans, and touch points again and again ad nauseam. His guests and his regular panels of pundits never get to any real depth on issues, as he is constantly cutting off segments, telling speakers "Hey, I gotta go," as he moves to a commercial and then comes back to another brief undeveloped segment, which is almost always just narrow partisan complaining about Republicans and President Trump. I recall tuning in one night for a special medical guest (I think it was Dr. Sanjay Gupta) to talk about the Covid vaccine and various plans and concerns. Dr. Gupta could have gone on the whole hour and really delved into the issue and informed people. But Lemon "had to go", and cut the doctor off so Don could move on to another redundant rambling session criticizing the Trump administration.

The same criticism can be leveled at Anderson Cooper, Chris Cuomo, Rachel Maddow, and especially Lawrence O'Donnell. Viewers can tune into FoxNews, CNN, or MSNBC for literally four straight hours every night and hear the same tired show with different hosts night after night and learn next to nothing but have all their biases reinforced. Professor and cultural critic Neil Postman noted how all the information found in an hour-long television news broadcast (in terms of word count and topics covered) could be found on one page of a newspaper. While too many Americans, and especially politicians, are fond of blaming society's division on "the mainstream media," it's not the work of authentic journalists and reporters they are talking about -- it's the commentators, talk show hosts, pundits, and info-tainers that are our problem. Contemporary society has a negative view of the fourth estate, not because of the people in the trenches doing the hard reporting, but because of the media personalities that tarnish the important world of journalism.

There are so many incredible and important stories to be covered every single day, and the "news" networks spend the most coveted air time they have on a group of pop culture media mavens who might at one time have had an interest in journalism but have allowed the bright studio lights to blind them and us to the narrow scope of their "content" and the insidious harm it is causing us. Don Lemon could spotlight so many people, stories, places, issues, foundations, non-profits, citizens, achievements, questions, ... basically news .... every night. But instead, he and his fraternity of talking heads just re-hash the same old biases night after night. And, as the son of an esteemed small town print journalist who spent thirty years as a reporter, feature writer, and editor, I am deeply saddened by what the cable networks have done to that thing we used to call news.

I'll close with the prophetic criticism from Clare Booth Luce: 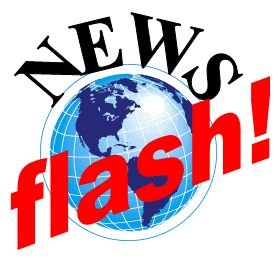