In the pandemic and quarantine, many of us returned to comfort media like favorite old movies and television shows. We've all had our binges and marathons that have been nostalgic and even healing at times. Mine has been Northern Exposure, the quirky 90s fish-out-of-water comedy-drama set in Cicely, Alaska. When I was just finishing college and beginning to step out into adulthood, the show's off-beat philosophical slant on a traditional storytelling formula just grabbed me, entertaining me while also making me think.

I loved all the characters, but the town's deejay, Chris of KBHR's "Chris in the Morning," captured my attention for his literary ways and existential explorations. To that point, I even envisioned myself working as a teacher in quaint small town where I would have an evening or weekend radio show on which I too would share quips, quotes, and reflections from Walt Whitman or Nietzsche or even Proust.  It was really in the third season that the show, not to mention Chris' on air reflections, really hit its stride with two episodes winning Emmy awards for writing.

The sixth episode entitled "The Body in Question" was the one that I still recall moving me toward honest reflection and a belief in the enlightening potential of even silly little television comedy-dramas. That one told the apocryphal story of Pierre, a nineteenth century Frenchman frozen in block of ice along the river and discovered by Chris, of course. As the town becomes fascinated by his story, as recounted in diary found nearby, people react in a variety of ways, most notably Maurice who wants to create a museum and tourist attraction.

But it's the two town intellectuals, Chris and Dr. Fleischmann, who become the center of discussion after it's "discovered" that Napoleon was in Alaska with Pierre at the time of the Battle of Waterloo -- at least according to the diary. If true, Chris posits, it would propose a deep existential crisis, especially after Joel asserts this "truth" must be revealed to the world. In a fascinatingly smart exchange, Chris suggests a difference between "truth" and facts, arguing that "facts remain the same, but truth twists and turns." That one really threw my twenty-one-year-old spirit for an intellectual loop. But it was the ending that stayed with me, beautifully filmed as the Tellakutans row upstream in a their canoes with the defrosted Pierre as the episode closes out on a Chris voice-over reading of Proust:

"When from a long distant past nothing persists, after the people are dead, after things are broken and scattered, still alone, more persistent, more faithful, the smell and taste of things remain poised a long, long time like souls, ready to remind us, waiting, hoping for their moment amid the ruins of all the rest, and bear unfaltering in the tiny and almost impalpable drop of their essence the vast structure of recollection." 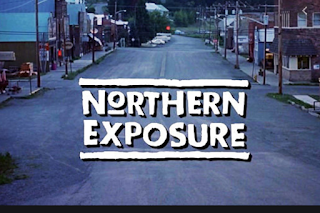