Who's Responsible for Student Achievement?

And that's a problem.

In an era of increased hype around standardized testing - primarily resulting from continued emphasis in No Child Left Behind, Common Core, and PARCC/SmarterBalanced initiatives - the general public is forced to determine whether the quality of a teacher can be determined by how that teacher's students perform on standardized tests given by the state or private testing companies like Pearson and ACT. New NEA president Lily Eskelsen Garcia called the entire idea "stupid, absurd, [and] non-defensible."

There are certainly many reasons to cast "doubt on grading teachers by student performance." The public education system contains such disparity in the lives of students and the conditions in which teachers teach that it seems rather unconscionable to establish a standard test for all students to meet. Obviously, all students can achieve, and there is little doubt that some teachers are more effective than others at inspiring kids and improving achievement. However, there is little emphasis on how that happens and the significant role played by the kids - and even the parents, community, and environment - in that "equation." That said, certain hard realities indicate that specific populations will perform worse on specific tests in spite of the teaching. Motivation to take the test seriously can be a predominant factor, as can the overall state of mind for the students when they arrive at school - on test day or in general.

Thus, it remains a complicated issue - and ultimately un-definitive reality: "Should Student Test Scores Be Used to Evaluate Teachers?" 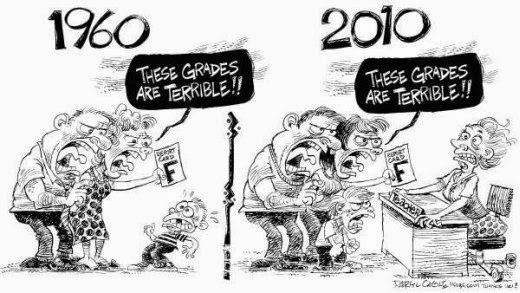