Finding Life in the Dailiness

Phil Connors, if you don't know or recall, is the weatherman played by Bill Murray in the film Groundhog Day, and I'm specifically thinking about the scene where he is sitting at the local cafe counter, reading a book, and he notices the piano playing in the background. Phil, who by now has become resigned to his purgatory reliving the same day in Punxsutawny, gets up and finds a local piano teacher and offers her $1000 to teach him. Stuck in a small town with seemingly no escape, and resigned to his fate of an absurd meaningless repetition of the same life day after day, Phil has decided to spend his days learning new things. And through those regular daily choices, he ends up becoming a better person and probably the person he truly wanted to be.

In the modern lexicon of pop culture references, "Groundhog Day" has come to mean monotony and boredom, and we too often use it to describe the repetitive dreariness of life. Yet that interpretation is not really what the Harold Ramis-Danny Rubin movie is about. The message of Phil Connors' predicament and dynamic personal growth is not one of absurd meaninglessness; the film is, instead, a story of existential re-birth. Phil is stuck in his life, and for a long time he rebels against his seemingly hopeless situation, not knowing what do do, but knowing for certain that it's not fair, and it doesn't make sense. After a while -- between 10-30 years by some estimates -- he accepts his situation and, at risk of sounding trite, makes the most of a bad situation.

And that is what is on our minds as we practice "social distancing," which is clearly set up to become the word of 2020, to say the least. As we read the paper and watch the news and check Facebook and Twitter, we are perhaps discovering an avalanche of advice on how to spend our time in isolation. For that time certainly seems like a sentence, but also has the potential to be a gift - the gift of time.  How often have we talked about not having time? I wish I had more time. I would do that if I only had the time. Well, perhaps the time has found us. And this is not to detract from or minimize the anxiety and fear about the struggle and the dire situations many people are facing in a precarious economic and public health situation. The uncertainty is frustrating and unnerving to say the very least. And a service worker who is facing lost wages or the children who are out of school and missing important support systems can't simply say, "Well, great. This is a perfect time to start learning to play the piano, which I've always wanted to do." But here we are faced with an absurd, bizarre, inexplicable situation that has left us alone with time. Time to think. Time to do. Time to wonder. 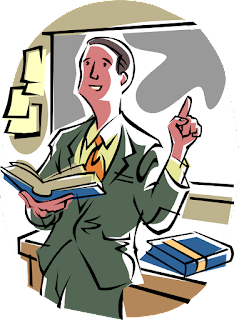