While I tend not to veer into political issues, especially those of local government and philosophy, in my column for The Villager, this week's entry originated out of my class's study of the Age of Reason and our analysis of the Declaration of Independence. So, I offer these thoughts on the state of -- and the original vision for -- the republic.

“Governments long established should not be changed for light and transient causes.”

So wrote Thomas Jefferson arguing for the colonies’ independence from British rule. When the American colonists separated from England, there wasn’t much faith that a new country and government would survive, much less thrive. In fact, many early Americans simply hoped the republic would last twenty years. Now, two-hundred forty-five years later, the republic has avoided splintering into factions while truly becoming a “government long established.”

Each fall during a unit on the Age of Reason, my class spends time deconstructing and analyzing both the language and ideas of the country’s founding document; the experience is a revelation and a reminder every year. The American experiment in self-government was rooted in the Enlightenment, drawing from European philosophers such as John Locke and Thomas Hobbes. The ideas were mostly theoretical on the continent, and put to the test across the ocean in the colonies. Edmund Burke, the father of modern conservatism, believed first and foremost in stability and the enduring of institutions against chaos and disorder. In establishing his beliefs about government, Burke contrasted the revolutions in both America and France, praising the American colonists for establishing a government and not descending into anarchy and chaos.

The American republic has survived because of a common understanding and shared commitment to the vision of a united group of states which, while widely spread and unique, are still one country. The one time in the country’s storied history that threatened division was, of course, the Civil War. That conflict was of monumental, profound significance, freeing an enslaved race of people and affirming the vision that all men are created equal and no one shall live in bondage. That cause was neither light, nor transient. As President Lincoln noted in his Second Inaugural Address, “Both parties deprecated war; but one of them would make war rather than let the nation survive; and the other would accept war rather than let it perish.” Ultimately, with the guiding words of Lincoln appealing to “the better angels of our nature,” the nation healed and reunited.

The past couple decades have seen an increasingly vocal population that decides and acts based on ultimatums and intransigence. Recall elections, the splintering of collaborative departments, and even talk of secession at the county and state level are all examples of careless disregard for the institutions of democracy. The January 6 attack on the nation’s capitol following frustration over a lost election is the most egregious affront to the vision and sacrifices of 1776. All these rebukes of established government are indicative of an increasingly thin-skinned constitution in the American people who seem incapable of accepting any difference of opinion or heterogeneity to their world. Recall elections are a huge waste of time and money, and they’re a sign of the whiny petulance that currently infects our politics and our lives. Barring evidence of obviously illegal activity or ethics violations, the recall election is always simply the next election.

Similarly, the rash decision of political leaders in Douglas County to leave Tri-County health over a mask mandate is precisely the sort of frivolous action that Jefferson would have dismissed as light and transient. Hamilton, Madison, and Jay, who crafted the Federalist Papers to defend the Constitution, would have looked askance at recent moves by legislators in three Maryland counties to secede from the state. Talk of secession would be absurd if it weren’t so dangerous. Similar movements have percolated in Colorado’s Weld county, where some residents want to join Wyoming. Parts of eastern Oregon want to join Idaho. And it seems like every year, there’s a bill in Texas to form its own country.

The “take-my-ball-and-go-home” attitude that influences such action is not the same resolve and firm political conviction that led to the establishment of the United States, nor is it reflective of the honorable commitment to save the union in the name of freedom and equality. Instead, it’s flippant, rash, and, quite frankly, un-American. To be rash is to not be conservative, prudent, or respectful, and such political tantrums are an affront to the vision which expects each generation to conserve the foundation upon which our societies, our communities, and our republic is built.

We all need a little more faith and a lot more patience in the systems and traditions that establish the blanket of comfort under which we rest so comfortably, and we should reaffirm our commitment to “governments long established.” 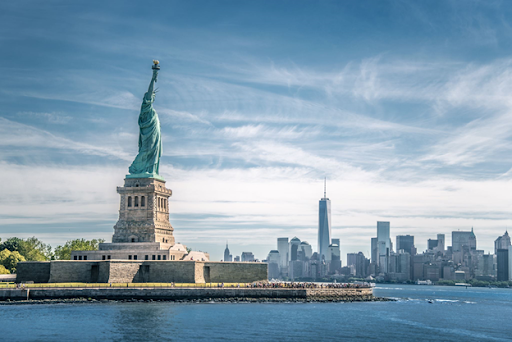