Teachers are in many ways performers. I've written several pieces about this idea before, and I've recently updated those for my column this week in The Villager.
“Mr. Mazenko, you could be an actor.”

One of my students recently gave me that compliment after I had finished reading a poem aloud in various voices for a lesson on tone and interpretation. I responded with, “I am an actor.” It's the Mazenko Show -- five performances a day, five days a week for ten months of the year. That, of course, excludes test days, though even handing out tests can be a rather dramatic scene.

While calling myself an actor is figurative, there is an element of acting to my job. My students often refuse to believe me when I describe myself as somewhat shy and rather introverted. Obviously, my classroom persona seems to defy any possibility of reserve or anxiety. In the classroom, I’m generally enthusiastic, energetic and, yes, quite vocal and outgoing. However, a teacher’s class persona is in some ways just a show. It's a performance. Interestingly, this quality is something people in "the real world" never truly understand. When friends and acquaintances in the private sector talk about a big presentation they have coming up at work, I think, "me, too. All day. Everyday."

Being on stage as much as teachers are, we really have to be performers, and effective teachers, to paraphrase Bob Dylan, "know our song well before we start singing." However, outside of the classroom, teachers can be rather reserved around other people. They can get nervous giving presentations to colleagues, and they can be surprisingly passive at social events. Many professional entertainers describe a similar feeling. Comedians, for example, are often troubled by the expectation to be funny all the time. Their show takes a lot of work, and it's not always so easy. In fact, many comedians reveal they were not the class clowns or the life of the party, but instead were the observers. They watched carefully what happened around them, and their understanding of humanity is what drives their art.

The distinction between our work and real selves comes up regularly as I talk to students about who they are. Though teachers project confidence and knowledge in the classroom, we are still human, and it takes a lot of effort to put on the show each day. After twenty-nine years in the classroom, I now realize the key is not just performance or entertainment, but the art of engagement. If the teacher creates an engaging lesson that is tailored to the students sitting in front of him or her, then the entertaining quality can take many different forms.

The performance aspect became my shtick early in my career, and it seemed almost necessary and more comfortable to do it that way. My high intensity approach has much to do with my first job out of college, teaching English as a second language in Taiwan. Though I trained to be a high school literature and writing teacher, I was teaching elementary school kids, and even kindergarten for a year. The fun, engaging performance style connected with the kids who were often reluctantly learning English because they had no choice. Thus, the rather rigid curriculum was centered on games and activities, and the school liked a high energy approach.

After five years teaching in cram schools, I returned to the States and taught middle school for a couple years at a Catholic school in Chicago before transitioning to high school in a suburban district. And, at each stop along the way, I discovered that a performance approach seemed to promote engagement. In all honesty, I now realize I may have been overestimating the engagement level, especially when I consider how school is often just a place where kids go to watch adults work. I also had a great mentor who once advised me to make sure I don't become a caricature of myself. Reflecting on these ideas is helpful. We do need to be "on" quite a bit, but it's important to remember we can also be human beings and be vulnerable. Otherwise, it's easy to burn out.

Reflection is the key. I tell newer teachers to simply be thoughtful about what you do every day, and ultimately be true to yourself and whatever your style of engagement is. At the end of the day and the sound of the bell and the rise of the curtain, the only important consideration is whatever engages the audience in the show. 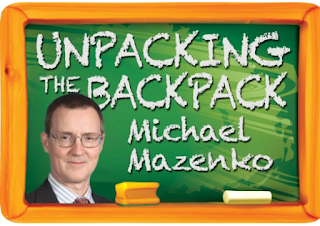 A very well written and useful post, thanks very much
private high schools in maryland
dual enrollment programs in california