Well, old sport, it's finally happened -- The Great Gatsby, that iconic, ephemeral, poetic work of triumph and tragedy that early on laid legitimate claim to the title of "Great American Novel, has entered the public domain. All bets are off now, as the derivatives and extrapolations begin to bubble up from and seep out of the admiring literary universe. And, yep, that means that a zombie version of Gatsby can't be far off.

Honestly, I am not entirely sure how I feel about this revelation, though I must admit I am a bit of a fan of the slew of spin-offs, re-tellings, and derivatives in the Jane Austen canon, which has become quite a cottage industry of public domain access which has only increased the popularity of Jane's original work. So, in the Gatsby world, there is certainly hope. And I have already procured and cracked open the first entry in the Gatsby public domain sweepstakes, Nick by Michael Farris Smith. It's too soon to comment, but the reviews and blurbs are quite positive.

There is something poetically karmic about the story of James Gatz getting "a second read," so to speak. For the entire novel is basically dripping with the idea of reinvention and recreating the past. "Why, of course you can," Jay tells Nick who had claimed you can't repeat the past. And, so we will beat on, back against the tide to revisit and reimagine the story of an idealistic young man who, at least for a short time, became great. 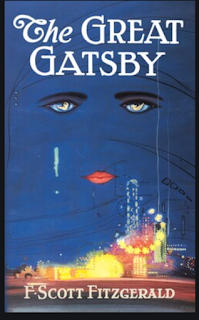