No one who works in schools or has children is very far removed from discussions about Attention-Deficit Hyperactivity Disorder, or ADHD.  In fact, it has become a common excuse or punch-line for just about any instance of absent-mindedness or carelessness or shortcoming. It seems these days that nearly everyone has ADD or ADHD, and that's not too far removed from the truth. For, diagnosis of these conditions related to lack of concentration or focus have skyrocketed in recent years, especially among boys. And some are wondering if the education system is to blame.

As the diagnoses continue, and the research continues, and the problems continue, and the pressure to succeed in an increasingly standardized school system continues, Alison Gopnik, who writes the Mind & Matter column for the weekend Wall Street Journal, is wondering "Are Schools Asking to Drug Kids for Better Test Scores?"  This conclusion results from the increasing criticism of excessive diagnosis of young people. And, of course, most of the problems seem to be related to kids not "being able to sit down and pay attention" in school. Wow, this is new? That's actually a medical problem? Apparently, every boy between 4 and 18 has ADHD. Or so could be the conclusion that not toeing the line in school is a disease, or worse a mild form of mental illness. 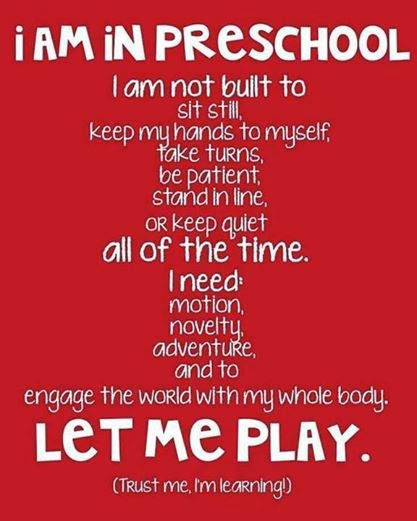 The research on both sides is extensive, and it would take a MD and PhD to sift through it all and make sense of it. Which is exactly what Stephen Hinslaw and Richard Scheffler have attempted to do in their new book, The ADHD Explosion. 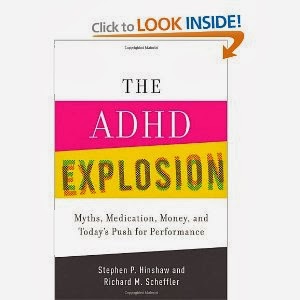