Is the National Anthem Political? How About the Flag? What about Military Tributes? 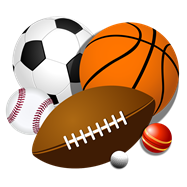 Don't look now, but I think somebody spilled some politics in your sporting events.

As the year 2020 has exacerbated everything else, the issue of political views being represented during pro sporting events has taken a more prominent and visible position as the NBA returned to the courts following the tumultuous year of political protests related to the issues of police violence, race, and the Black Lives Matter movement. And George Brauchler doesn't like it. Brauchler, a prominent Denver-area Republican, is the DA for Arapahoe and surrounding counties of the metro area, and he penned an op-ed for the Denver Post asserting: "There Should be a No-Politics, No-Policy Zone Surrounding America's Stadiums and Arenas."

Now, I will admit that there is a part of me that sometimes feels like "I just want to watch the game" -- and I've felt that way for nearly twenty years. And it hasn't just been about the politics; it's been every possible addition to the actual game, from the pomp and circumstance of coin flips and first pitches to the community-focused events like welcoming "such-and-such" charitable organization to the game. And, I know that is really crass and pathetic when I am actually anxious to be done listening to a local children's choir or hearing a tribute to truly selfless and life-changing volunteer because I just want to see some (fill in the blank: baseball, hockey, football, basketball, lacrosse, tennis, ... etc.). That conceded, I didn't really care for Brauchler's tone, insinuations, or to be honest, aloof ignorance of his argument. On Twitter, many people weighed in and criticized the argument based on issues of free speech and every extension of that, and Brauchler engaged with and countered all of them, mostly by saying "that's not my point" or "read the article."

But I had a different question:

I asked whether along with his assertion of "no politics, no policy" zones at pro stadiums and events he was also advocating eliminating the playing of the national anthem, the displaying the American flag, and the staging of any and all events promoting and acknowledging the military and first responders such as police officers. Brauchler had no comment. There was no response and no engagement and no acknowledgment, despite his practice of answering every other comment and thread. So, I followed up a couple times, and even tried to engage other commenters and various local news sources. I'd like to know if he is willing to explain how kneeling during the playing of the national anthem is "political" but the playing of the anthem is not. Truly, I know he doesn't want it to be, and I agree that the entire purpose of the anthem is promoting a sense of unity and national pride and support for the freedoms on which the United States was founded and continues to thrive. That's the way it should be.

But what if it's not?

Truly, since early in the 2000s, pro sports organizations have increasingly politicized their events. And as the companies have gladly embraced the marketing of politics, and it has become more prominent and even expected, I've become increasingly uncomfortable with it because it just seems so gratuitous and exploitative. Too often it feels like pro sports organizations are not honoring the country, the flag, the anthem, the soldiers, but instead simply using them for a commercial agenda. It can feel so unseemly to watch organizations promote a sense of community around a national identity at the same time the fans are going to turn around a few seconds later and be quite awful to the opposing team's players and fans. Perhaps it really is just a pause in that rabid fandom to remember our common bonds, but it too often just seems a bunch of empty promises.

The problem for Brauchler, and the reason for his silence, is that my query is a political hand grenade. If he agrees then he risks being portrayed as unpatriotic, a political wasteland for today's Republicans. Yet if he disagrees, then he is nothing short of inconsistent and even hypocritical. But this is a truly interesting and engaging discussion that is a golden opportunity to connect and engage and discuss and hopefully learn to understand opposing views. I would have loved for anyone in the local news to set up a public forum where George Brauchler could sit down with local pro athletes like Von Miller and Justin Simmons of the Denver Broncos, and Jamal Murray of the Denver Nuggets, so they could have thoughtful and productive and perhaps even unifying discourse on an issue that is currently dividing the community. And, of course, this is all purely an academic or intellectual exercise, both for Brauchler's article and my follow-up question. There will no ending of the playing of the anthem, the displaying of the flag, and the staging of events honoring our heroes -- nor should there be. And, there will be no pro sports players accepting the expectation that they just "shut up and dribble." Players will continue to play their sports and speak out while standing up, or kneeling down, for their beliefs and values.

Brauchler eventually did respond on Twitter. He wrote:  "I disagree."