Baseball Doesn't Need the DH, the Shift, or Progress of any kind -- It's Perfect

"There has been lots of progress in my lifetime, but I'm afraid it's headed in the wrong direction," said Ogden Nash on April 4, 1959 in The New Yorker. "Progress may have been all right once, but it's gone on too long."
I'm thinking about those poetic and prophetic words as I consider baseball, America's pastoral sports tradition and the forces of progress that seek to change, nay "improve" it. And I'm having none of it. When America's past time undergoes changes in terms of rules and tradition in the next few years, it will be just one more symptom of the creeping shadow of progress on that one thing that "reminds us of all that was once good, and could be good again." And in the short term, it will also be just another lingering side effect of the Covid pandemic that led to a shortened major league season and the sly imposition of the designated hitter on the National League.
In today's Denver Post, old school small ball manager Bud Black discussed changes in baseball and conceded that he is coming around to support the addition of the designated hitter. That really hurts a purist and a traditionalist like me. Though Buddy did please me by also saying he would consider rules preventing the shift. I've never liked the DH, and the shift is new enough that I had to pause for a while to consider its benefit and authenticity. And I don't like it either. The shift, to me, is simply the absurdist silly end result of the over-reliance on tech and computer algorithms in managing an old game, a tradition reaching back to the nineteenth century. Thus, just like rules in football against illegal formations, ineligible receivers, and illegal men down field, a rule against the shift would preserve the tradition laid out by the inventors of the game with sound reason and good intention all those years ago. We need not improve on the nearly perfect geometry of the field and the established positions.
While the addition of the DH across both leagues this season was grounded in common sense rationale of health for players, the addition of it universally is driven not by safety but by money. Progressive forces and bean counters assert the game must evolve in order to keep audiences engaged, that it must liven things up to appeal to younger generations. That, of course, is a nonsense argument outside of the nature of sport and competition, if only because it's not really about improving the game but increasing ticket sales and television ratings. For the notion that baseball is slow and boring has always bemused me, as I sit through endless stretches of downtime on Sunday afternoons watching football which, to be perfectly honest, has very short spurts of action in between long stretches of standing around. The simple reality is that there are many things we don't need to improve, and wouldn't bother trying if the business side weren't involved. For didn't we all grow up playing endless whiffle ball games that could stretch for hours? If you don't understand this, then, for the love of the game, watch The Sandlot, and do it soon.
Writer and public intellectual William F Buckley once said, "A conservative is a person who stands athwart history, yelling Stop!" And these days we have far too few people who ask whether this innovation or that development is actually such a good idea. I recall hearing of the reasoning behind Howard Schultz's decision to buy back his controlling ownership of Starbucks. Basically, the corporate owners had been focused on endless expansion, opening more stores and developing more new products, all in pursuit of ever-increasing quarterly profits and shareholder prices. And while Wall Street financiers will always take that route, sometimes the purists like Schultz realize that most of us just want a good cup of coffee, and we want it to taste like coffee. 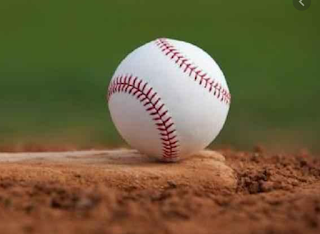