Where I'm Supposed to Be

After the Buffalo Bills' relentless scorching of the Denver Broncos last week, Bills quarterback Josh Allen was asked about John Elway's decision back in the 2017 NFL draft to pass on picking Allen at number 5, and instead picking an outside linebacker Bradley Chubb.

"I'm where I'm supposed to be," was Allen's simple reply.

There's a lot of wisdom in that statement, and also a significant amount of subtext. Should the Bronco's have taken the young QB in the draft? The Broncos' endless struggles at that position since the departure of Peyton Manning, and John Elway's apparent inability to measure and judge talent and potential at his former position indicate that Allen was a missed call at the line by Elway & Co. And, for that reason, Josh Allen has every right to be miffed at the Denver Donkeys. Thus, it's not surprising the game meant just a bit more for Allen than a regular season game, and it's not a stretch to think the Bills QB and coaching staff relished running roughshod over the increasingly hapless Broncos.

So, is there a place we're "supposed to be"? Sure, it was just a quip, and a clever response to the media. But I like the confident comfort Allen has taken with his position. Certainly, it's not a question of fate or destiny -- we all have choices and options and myriad paths lie before us. The important point, I believe, is remembering that wherever you go, there you are.

My wife and I had a nice chat last night about where we are, and of course, where we could have been. The road to our life in suburban Colorado, in a nice little community, working at an excellent school, has been circuitous as well as fortuitous. I might have taken a job at my old high school upon graduating in 1992, we might have opened a bakery and surf shop in Kenting, Taiwan in the mid '90s, our jobs and Julie's culinary education could have gone different ways in the city of Chicago, we could have ended up buying my grandmother's house and opening a B&B, I may have gone the Ph.D route following my Master's degree and the birth of our son, Julie's pastry catering business could have become something more than it was, I might have sold one or two of those screenplays to a Hollywood production company that was tantalizingly interested (for a few minutes), .... and so on and so on and so on.

But wherever we went, here we now are. And, like Jake Allen, no matter where I've been, it's "where I'm supposed to be." 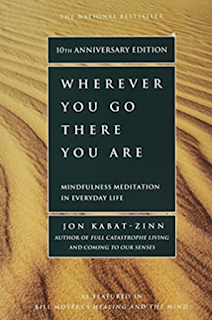